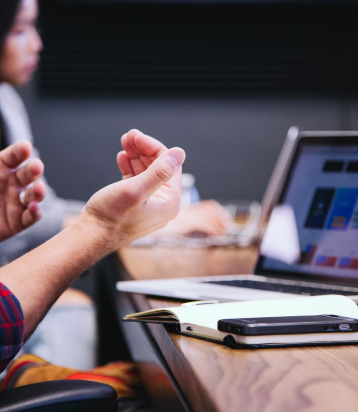 Alphacrucis, originally called Advance Ministry Training Centre, (AMTC) was established in 1986 to equip men and women to fulfill the call to Christian ministry both in New Zealand and overseas. In 1997 it became the National Ministry Training School for the Assemblies of God in New Zealand. In 2006 AMTC entered a partnership agreement with Southern Cross College in Sydney, Australia and in April 2009 it became Alphacrucis.

The College also equips Christians who do not have a call to become a pastor, with Christian skills and worldview, which will enable them to be effective in any profession or sector of the community.

From their inception in 1927 the Assemblies of God in New Zealand recognised the need for systematic ministry training. Starting in 1934 there were a sequence of nationally recognised colleges in Auckland, Hamilton, Wellington and Christchurch.

In early 1986 several pastors in Auckland met together and agreed to embark upon a new teaching and training venture to be known as the Assemblies of God Bible College. This college was opened in February 1987. It was accorded recognition as an approved training institution by the General Council of the Assemblies of God in New Zealand in October 1987.

In mid-1993 the name of the College was changed to Advance Ministry Training Centre (AMTC). During the year the College was accorded recognition as an approved tertiary training institution by the New Zealand Qualifications Authority with approval to teach the programme offered.

It became increasingly obvious that by itself Advance was unable to provide for the demands of stakeholders particularly in higher education. As a result a partner was sought who could enable us to offer a wider range of qualifications especially at higher levels. Southern Cross College in Sydney, the National Australian Assemblies of God college was a natural partner. SCC has a well-developed faculty and broad ranging accreditation at graduate and post-graduate levels.

In July 2006 a plan was launched to enter into a formal partnership between AMTC and Southern Cross College (Sydney). This change took place and in October 2006 AMTC became Southern Cross College New Zealand (SCCNZ). Ownership of the college was then vested into the hands of two shareholders, Assembly of God NZ and SCC. Over the past five years we have seen increasing integration between the Australian and New Zealand campuses. Among the benefits of this partnership has been the ability to cooperate on a range of courses, to foster a trans-Tasman faculty and to partner in the delivery of higher education. In 2009 we followed the lead of the Australian campus and changed our name to Alphacrucis College.